Bet on it: Norm MacDonald returning to TV in 2011, as host of “High Stakes Poker” on GSN Norm MacDonald will be returning to your TV dial this month, but not in a sitcom nor in a "reality" show. Nope. Norm's the new host of GSN's High Stakes Poker, which opens its seventh season on Feb. 26. And you can see MacDonald and the poker action from the Bellagio in Vegas in 3D if you have DirecTV. Bonus?

MacDonald is just the latest comedian to join the ranks of the Game Show Network.

Sherri Shepard is hosting The Newlywed Game these days.

Drew Carey's Improv-A-Gaza (Don't call it Whose Line is it Anyway?!) debuts on GSN on March 28.

Bill Engvall, meanwhile, will take over from Chuck Woolery as the host of Lingo when it returns with new episodes in June.

Dane Cook tells Jimmy Kimmel what he did on hiatus between comedy tours, and he told me even more 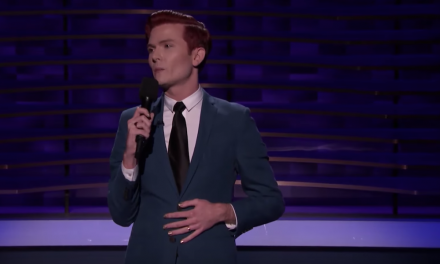 It’s Twitter! It’s WitStream! It’s fun for a girl or a boy. An essay to end the comedy gender wars.