Watch T.J. Miller punish his director in intro to “Mash Up,” coming to Comedy Central on March 11, 2011

Comedy Central has set a date for the debut of Mash Up, the post-Blerds experimental comedy show, hitting the airwaves at midnight Friday, March 11, 2011.

TJ Miller hosts, with featured performances by Matt Braunger, Hannibal Buress, Kyle Kinane and Kumail Nanjiani, acted-out stand-up in sketches, and other weirdly addictive visuals. It's directed by Jordan Vogt-Roberts, and we already can see how he's setting the tone with this intro video.

How do I know it's JoVo Robo underneath that TV helmet? Because he also captured behind-the-scenes footage of this shoot. Any director willing to get pelted with paintballs is OK in my book.

Further reading: Vogt-Roberts explained the whole concept of Mash Up to me last year when they taped it in Los Angeles. 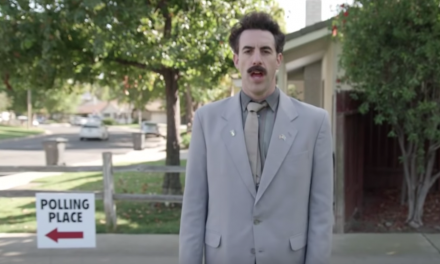