As you may recall, January is stand-up comedy month at Comedy Central, which means it's almost time to start seeing the new season of half-hour Comedy Central Presents, and it's time, like it or not, for your favorite comedians (and some you don't favor) to curry favor with you on Twitter, Facebook and however else you receive pleas for votes for the annual "Stand-Up Showdown."

You read the headline. John Oliver's New York Stand-Up Show returns for a second season on March 24, 2011, but Oliver and his friends will tape their episodes over three nights this month — Jan. 14-16 — at NYU's Skirball Center. Lineups are still being finalized, but so far, we know that Greg Behrendt, Pete Holmes and Maria Bamford will serve as the three show headliners. If you're 18 or older and will be in the NYC area during those nights, you can ask for tickets to watch the tapings here. 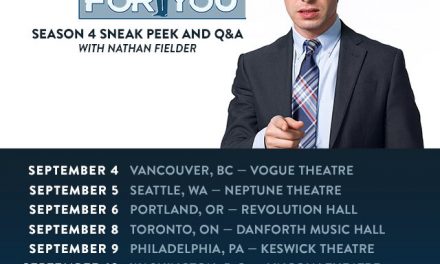 Save the dates: Jimmy Kimmel Live returns to Brooklyn for week of shows October 2017