Would you like what's behind Door #1 this morning? What if I were to tell you that it's Wayne Brady, Mike Tyson, Jamile McGee and Bobby Brown remaking Brown's music video for his 1988 hit, "Every Little Step," choreographed down to every little step?

Don't believe me? Roll the clip!

But perhaps you're wondering why this would be a thing in 2010. Brady told Entertainment Tonight that he and Tyson were looking for something funny to do together. As funny as you may think it is to see Mike Tyson lip-synching and dancing, it's beyond surreal to then see 2010's newest edition of Bobby Brown doing what the 1988-1989 edition of him did in his prime. Then again, it still is his prerogative.

In case you want to do the time warp: Yeah!

Beware: Leaping into the Internet abyss will only uncover covers such as John Travolta and his daughter, Ella Bleu, and Old Dogs clips. Woof.

Will Forte gets a gig in “Rock of Ages” movie, and goes on an audio tour that gets out of hand 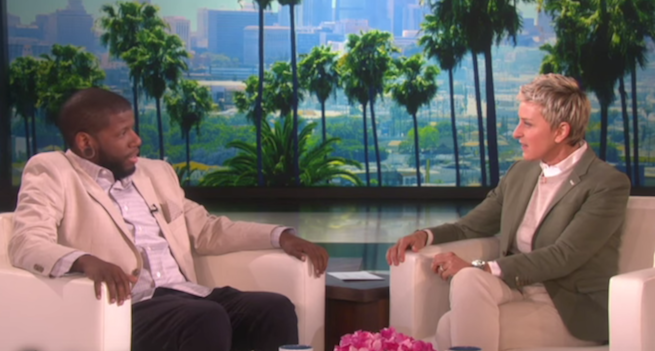