The 15 things every comedian (and you, too) should know before you join the Twitter party

Even though Twitter has been around for long enough for everyone to figure it out, I feel like there are too many people who just don't get it. I know they don't get it because they say so, publicly. Or they show their lack of understanding by making themselves look foolish on Twitter. The folks at Mashable talked about the rise of comedy on Twitter earlier this week. But here's what you really need to know, and what to watch out for, if you're a comedian who's looking to take advantage of what Twitter has to offer.

1. First, Do know what you're getting yourself into: Twitter is a continuously ongoing massive conversation — it's a nonstop party in which you decide who you listen to, while at the same, you know that potentially everyone is listening to you. Don't mock what you don't understand. I'm surprised that comedians still mock Twitter as if it's just people telling us what sandwiches they're eating. Lewis Black puts Twitter down like this in his most recent special, Stark Raving Black. If you're at a party, and all you're talking about is the food somewhere else — not even the food at the party — then why are you at the party, and how long do you think anyone is going to want to listen to you? And if you're not at the party, then you're not going to be part of the conversation. Do you want to be ignored, comedians? Even Conan O'Brien and his crew, who mocked Twitter when they had the reins of The Tonight Show, quickly changed their minds once they didn't have a nightly television program as a platform.

3. You know who people really enjoy talking to at a party. Someone who cannot stop telling us how much other people love them. Especially when we thought we liked them. Don't ReTweet compliments from your fans. We were your fans until we saw how insecure you were that you had to keep telling your million followers how much the other 999,999 followers love you.

4. There's one thing weirder than that for a comedian (or other celebrity), and that's the comedian or celebrity who RTs their hate messages. Don't RT people who insult and/or hate you, or get into Twitter fights publicly with haters. It only makes us question whether we were wrong to like you in the first place. Maybe you do suck, after all. Or maybe you sucked that one time they said you did, and we should go watch that and have a new opinion about you.

5. Don't link to a link that's not the link. I know you think you're being clever by sending us to your Facebook page or somewhere else that doesn't have the info you want us to read, but it's just withholding the information you promised us was in the link.

6. Don't DirectMessage someone you're not following. See: Aggressive, passive. You're at the party and you want to whisper something in our ear, then run away so we cannot also reply privately. Boo. If you want to have a private conversation, make sure you're following the person so it's a two-way conversation.

7. Don't reply publicly what should be a DM. Not everyone needs to hear everything that's being said at the party. See: Get a room. A private room. That's what DMs are for.

8. Your YouTube viewing habits may be interesting to stalkers, but just because you rated a video three stars and decided to sync all of your accounts together, that doesn't mean we want to know it. TMI, people. Don't sync everything to Twitter. That goes exponentially to infinity for Foursquare. Keep your race to become Mayor of Snoozeville to yourself and your Foursquare friends.

9. If you're a comedian who does one-liners, then, well, Twitter is for you. If you're not that kind of comedian, then: Do remember that Twitter is a different forum for your comedy. Don't waste your best material here. Since this is a real-time party, we don't mind being entertained; in fact, we love being entertained. But if there's one thing comedians don't enjoy, it's hearing other comedians try out their bits on us. Twitter is great, though, for topical humor that's going to fade once our attention turns to something else.

10. That said: Do live in the appropriate time zone for major events that happen live and will prompt massive livetweeting. Thankfully, the World Cup happens live everywhere. But the Academy Awards, the Grammys, the Emmys, some of these things are broadcast live on the East Coast, and three hours later, your West Coast reactions are really not cutting it, and you even know that. It's not your fault.

11. Don't suggest famous people for Follow Friday, or RT them anytime. Yes, I saw Conan O'Brien typed something funny. We all saw it the first time. We're already following him. That goes double for people with twice as many followers as him. We don't need to see the same joke from a famous person dozens of times in a day on our screen. Do #FF and RT people who deserve to have more followers. Do your part to help spread the good work of up-and-coming comedians.

12. Don't fake surprise or sarcasm about the Trending Topics. You're not helping. You're just making it even more of a trending topic.

13. Don't think your joke is new just because Twitter is new. This was most evident to me during the Winter Olympics, when everyone thought their jokes about curling were so precious, when really they were so Precious. Even what I wrote just then was kinda stupid.

14. Don'tusepunctuationinahashtag. Or in someone's name. Because Twitter stops recognizing a hashtag or name the second that ' shows up. That's not even an opinion. Just facts.

15. Which leads to biggest blunder that's not even a pet peeve, really. Don't misspell another comedian's name. Ever. If you like that comedian so much, the least you could do is know how to spell his or her name, and take another second to see if they're on Twitter, and if so, what their correct Twitter handle is. Learn your Tracys from your Traceys and your Macfarlanes from your McFarlanes and your McFarlands. You should know by now that it's Kevin Pollak, not Pollack. It's Marc Maron, not Mark. See also: Paul F. Tompkins, Patton Oswalt, Dave Chappelle, Dave Attell, Patrice Oneal, Hannibal Buress, Iliza Shlesinger, Mary Lynn Rajskub, Janeane Garofalo.

The truth about Last Comic Driving

Some comedians not funny enough for “The Very Funny Show” on TBS?! 15 get cut from tapings 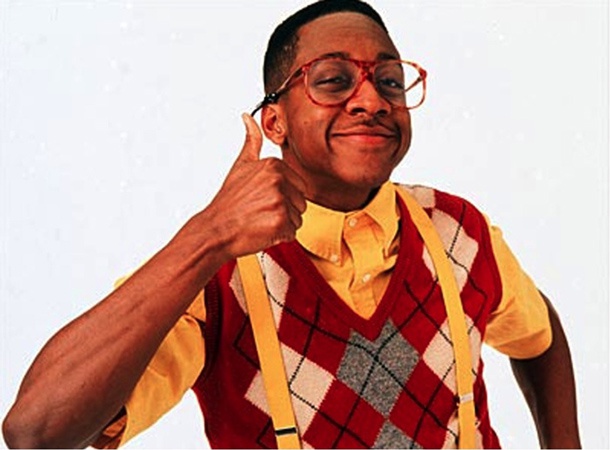 Now this is parallel thinking: “Key & Peele,” “Friends of the People” both imagine the true story behind Urkel on “Family Matters”

Interview/review: Jeffrey Ross, and his new DVD, “No Offense: Live From New Jersey”