Interview: Anjelah Johnson is a good Christian girl who got big in comedy by going viral. Now what? It's likely you have seen comedian Anjelah Johnson before, but may not immediately know where to place it. Perhaps you've seen her in the past few months either in an episode of Ugly Betty, or working with Alvin and the Chipmunks in their movie squeakquel, or as a sister of the bride in Our Family Wedding. If that doesn't shake your brains, then perhaps you saw her as a cast member for a hot minute in 2007-2008 on MADtv. Although if you're on the Internet (and you are), then you may be among the 32 million and counting who have watched her MADtv character of "Bon Qui Qui," or the 16 million and counting who have seen her description of a trip to the "Nail Salon."

Of course, Johnson wants you to know more about her comedy than that. The San Jose, Calif., native accomplished that earlier this year with her hourlong special and CD/DVD, That's How We Do It (read my thoughts on that). This weekend, Anjelah Johnson makes her first headlining club stops to New York City at Comix. She spoke with me recently about her fast-rising career.

I knew our interview would be running late because you said on Twitter @anjelahjohnson you were out on a hike. How much do you use Twitter for fun and how much to build your fan base as a comedian? "I haven't really thought about that, what's my purpose. I love that I can express myself in the moment…sometimes you drive down the street and see something crazy and want to call somebody, but it's not really worth a phone call. This way you can send an immediate call to everybody. You can get a kick out of it, or not, but nobody was bothered by a phone call with it. I can say, hey, watch me on the Lopez Tonight show. It's fun. It's a really useful tool for what I do."

How old were you when you first thought of comedy as a career? "24, I guess. It was just like five years ago that I started doing comedy. Even in the beginning I didn't think of it as a career. I thought of it as something fun and something I was good at — oh, wait a minute, this could actually be a career." You began with an improv class, first, right? "I took an improv class at my church. Every Tuesday night they do a creative arts function at the church, acting classes, singing, art, everything…I know I had some friends in the class. I don't even know what prompted me to go in that direction. They had the acting class. I was in that, and then they said we have an improv class, OK, I'll try that."

That almost makes it sound you stumbled into it. Did you have any earlier comedy ambitions? "I used to watch BET's Comic View all the time. My mom didn't like us watching it because of all the language, dirty content. Even then I didn't think about it, it was just something that was fun to watch and to listen to. Then in college I was taking communications and speech classes. I always knew when I got up to speak I would make people laugh, so I was never nervous about my lack of preparation because I knew i could make people laugh. You know, I think I've been doing this for a long time and I didn't even know it."

Only two years into doing stand-up, you had two bits go huge on YouTube. What's your perspective now on the joys and pitfalls of having your routines become so well-known? Do you feel you have to do "Bon Qui Qui" and "Nail Salon" still at every show? "I think it's all a joy, first of all. Now that I have my Comedy Central (special) and people have seen my material…most of the people who come have come because they've seen that material on the Internet. It's like seeing your favorite band and they don't sing that song that you've been playing in your car all the time. The reaction that I get is very rewarding. But I do get exhausted of just the joke itself, and yet, if I retire it and don't do it, people start shouting out at the end of the show. I just have to be grateful
now. It's gotten to the point where I do the nail salon bit and people start shouting out "Bon Qui Qui" during the middle of it. I think, do you want me to do all of my bits at the same time? I totally get it, but it's frustrating. I think it'll just come to a point where the bulk of my material is so fresh and new that they're not thinking about the old stuff. They're just, oh, this is great, this is great. I'm definitely not there yet. I definitely take my time and live my life and the stories that I tell are personal to my life. I want to tell them my way and not just spit them out…also a fear of failure. If I say it now, sometimes I'll get afraid if it doesn't get a great response right away and say won't tell it again, but then I'll thnk it's new and I need to work on it. The pressure of writing new material to measure up to 'nail salon' and 'bon qui qui'…you just have to do it. That's definitely a struggle for me."

One thing that wasn't a struggle was your recent appearance on Lopez Tonight. That seems to be a hotter crowd than any other live TV studio audience. Roll the clip!

What was that gig like? "Even in the interviews they're screaming like crazy. I noticed that and knew going in, I had to cut my material in half, because most of the time was going to be taken up by cheering and applause. Just even setting up my joke, cheering for the Raiders, there are no questions being asked in that set because you're just asking for trouble, so I just got straight to the point…but as soon as you're saying Oakland Raiders, you're asking for someone's opinion. They were excited, which is great. Because they were on your side already."

As a devout Christian working in comedy clubs, do you ever feel like you're a "good girl" surrounded by quintessential "bad boys" trying to tempt you to the dark side? "I guess it's wherever my focus is at the time, if I'm just looking to hang out and have fun, it's easier to be tempted by the men that I'm surrounded with. But if I'm thinking of pursuing a serious relationship, then it's less of a temptation, because I know
there are those moments that I am tempted. Even if I have the good girl logo on me. I'm definitely not perfect by any means. For me personally, I don't have that with my fans or fan base. I think it's different for a girl going out there. I'm not even thinking of hooking up with a fan after a show. I surround myself with other comedians that I know and trust, they're not going to hit on me, they're a good friend. I love to work with Nate Bargatze. He's a lovely comedian and funny human being, I know he's married and loves his wife. I know there's no temptation in that. It really just depends on how focused I am in the moment."

Do you feel a need to bring up or defend your Christianity as a stand-up? I don't bring it up in any kind of preachy way. But I do poke fun at mself in every aspect of my life, but not in a preachy way. I talk about myself, and I am a Christian, so it is going to come up.

Do you worry about a perception that Christians (or other people who are devout in their religions) may not have the best senses of humor? Comedians like to poke fun at Christian rock, and I know you have a bit about Christian rappers. No. I don't think about it. I don't care. I'm sure there are some Christians who don't have a personality. But that's not who I am. I am a Christian and it's possible to have an awesome personality and a sense of humor. There are some stuffy people. We do have our Christian rock, and our Christian rap. I haven't really heard any Buddhist rock, or Buddhist rap. And some of it is cheesy. There are some songs that I listen to and think, oh this is horrible. Just because there is Christian music doesn't mean I listen to it. I'm just me, I'm just Anjelah, I do stand-up comedy, I'm an actress, I'm a Christian, I'm a sister, I'm a daughter. I'm not trying to tell daughters in my stand-up to be the best daughters we can be. I'm just me. I'm not on a crusade of any means. I'm just here and saying here are some things about me."

So what's next for you? I know you also have a part in the summer movie, Marmaduke. What else is on tap? "Getting the word out there about my DVD, tour dates, now that pilot season is over in L.A. Just working on new material, and hitting the road again. As far as like film and television, I'm so blessed to do what I'm going to do, I never know when the next opportunity is going to come, but I'm grateful when it does. I just keep trying to grow and grow. I'm trying to progress, so when the next opportunity comes along, I'll be prepared for it." 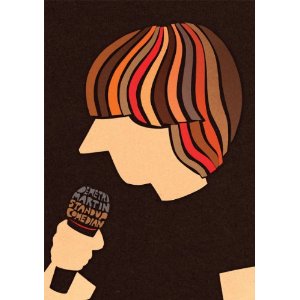 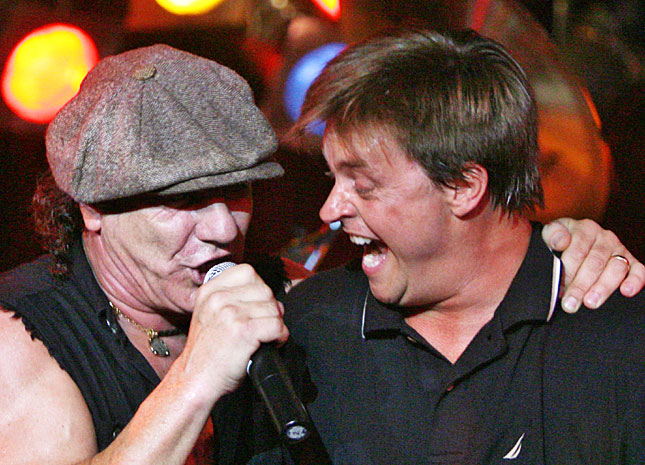