Jay Leno tells Joy Behar that NBC screwed over Conan (and himself, obviously?)

So Joy Behar was on The Tonight Show, Jay Leno edition, don't call it a comeback. But the real dishy dish happened backstage beforehand, as Behar and her HLN (that's KFC speak for Headline News) people filmed an impromptu chat with Leno. And he was quick to answer the inevitable Conan and Kimmel questions. Yes, Leno said NBC screwed Conan over. But he also claims he was screwed over, which is still slightly hard to swallow, but not as hard as the moment in which he says a comedian should never "impede on someone else's opportunity." Watch the whole thing, including some other filler with Behar, at your leisure. 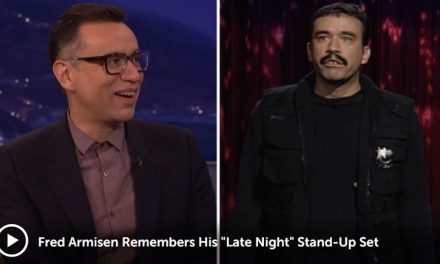