One of the most popular Super Bowl ads last night was Google's spot that already had more than a million YouTube views before Sunday, in which an unidentified man enters a series of search queries involving trips to France and a French girl he meets, woos, weds and becomes a parent with in the end. Reverse spoiler alert! Google's own CEO, Eric Schmidt, was gushing about it yesterday. Did you not see the clip yet? See it now:

Perhaps you're wondering whom the Googler was Googling? Before Paul McCartney can sing, "Michelle, ma belle," I can tell you that it's the darling young Michelle Vargas, whom I met last year at a My Damn Channel party — Vargas teams up with her comedy partner Grace Helbig for regular vlogs on My Damn Channel as well as YouTube as GraceNMichelle. Michelle wrote yesterday about her experience:

"I also say ‚Äúallo?‚Äù and I giggle a lot. It‚Äôs all very subtle, but if you listen closely you can tell it‚Äôs me! I swearz!!! The commercial was done by some good friends of mine…I did voiceover as a favor to them, because the first recording they had didn‚Äôt sound right to them. I didn‚Äôt get paid, initially, but apparently I‚Äôm going to now! Wee!!!"

And as she told me today, they're also planning a live show on Valentine's Day this coming Sunday at The PIT in NYC. It's called Two Girls, One CUPid. Get tickets here.

Here's their first My Damn Channel vlog as GraceNMichelle back from December 2008:

Here is her reel as a director/editor/producer of videos (may contain an NSFW word or two):

And if you'd like to see what other tricks Michelle has up her voiceover sleeves, check out this video of her singing Lady Gaga's "Paparazzi." Totes adorbs. 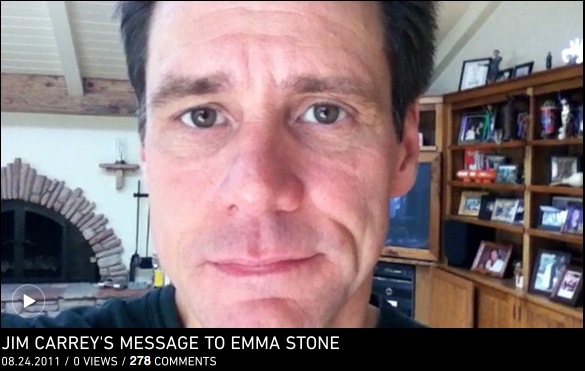 Adam West will sell you on these Eyehole Paintings, to make you feel safe at home