As I sit here, living off of the boissons gratis of the 24-hour Subway restaurant and paying for temporary WiFi access in Montreal's Trudeau airport terminal, I realize that my initial plan to bring you a full slate of reviews from Montreal's Just For Laughs festival today might not come to fruition. Something about spending most of the afternoon trying to get a flight to New York City, then boarding a flight that takes off, and almost makes it there only to circle back and land in Canada, forcing you and your fellow passengers to pass through Customs even though you just left (the Customs agent had a quizzical view of the situation, as well), then spending the rest of the evening and into the morning hoping that the skies have cleared and airports reopened — it all leaves me tres fatigue, as the French write. At least for a few hours, though, I was sitting in a chair in the sky!

With that nod to Louis CK, who put on two of the best shows (and hottest tickets) during the fest, I do want to share some initial thoughts about Montreal's annual celebration of comedy, and how it fared this summer. More in-depth reviews of the shows I saw will get published once I'm back home in New York City, to be sure. But first, a few thoughts, opinions and ideas to get you thinking about — and hopefully talking about — comedy.

1. Is Louis CK crazy for already having about 45 minutes of brand-new material that's thoroughly funny when he only just recorded a new hour-plus set for a CD and movie, Hilarious, earlier this year? Or is he just crazy good at figuring out how to turn the commentary on his own life into a stand-up comedy routine that is both relatable and, well, hilarious? It's as if the guy has cracked the code.

2. Louis CK performed an "encore" routine in two shows in Montreal that, in itself, is a bit that's barely a year old. Compare that to Bill Cosby, who as an "encore" to his bravura display of sit-down storytelling that goes for more than two hours (and in two different such sets in one night!), goes all the way back more than a quarter-century to show he can still leave an audience howling with his interpretation of visiting the dentist. Go on, try to compare it. It's not apples and oranges, more like delicious apples and delicious apples. Or, maybe, the freshest grapes and fine wine? Or something something awesome stand-up and awesome stand-up?

3. People never might have figured out exactly what Zoofest was, or why some shows were billed as Zoofest rather than Just For Laughs, but I can tell you one thing that Zoofest meant — you never heard the Just For Laughs theme song at a Zoofest show.

4. If you want to know what I thought of the "New Faces," well, let me say this. I already knew and loved a few of them, who weren't new to me. And I think the moniker itself is a bit of misnomer, much in the same way that the Grammys often nominate and honor a Best New Artist who has released previous albums. If you think about New Faces as being the annual Debutante Ball for Stand-Up Comedy, then it makes more sense — these are the new batch of stand-ups who have matured to the point where they are ready to be presented to the show business industry.

5. On that note, it seems as though the more relevant and exciting show for fans and industry alike was the Alternative showcase. Festival staff quickly and correctly point out that it's stacked with some veteran talents — I saw Jim Gaffigan and Marc Maron in one night's showcase. But it also was a great way for the industry to see the eccentric capabilities of could-be, should-be stars such as Will Franken and Josh Fadem. They might not have gotten the same buzzy bounce from New Faces, even though both shows performed on the same stage.

6. Which, also, well, New Faces suffered a bit being in the Cabaret Juste Pour Rire, don't you think? It may have been easier to get to for everyone than Kola Note, and smaller was more intimate. It also lacked the raucous energy of a big, packed comedy club that forces performers to bring their A-games. What do you think is the best venue for New Faces, both in terms of bringing out the best in them, and in terms of giving viewers the best forum to judge their potential?

7. I mentioned already that Andy Kindler didn't seem quite as enthused this year about taking on the State of the Industry. I wished I had asked him about that to see if my perception matched his reality, or if I was merely reading too much into nothing. I did ask Marc Maron afterward, however, if he'd ever want to do a full State of the Industry takedown (Maron introduced Kindler this year), and though Maron would certainly do a great job of it, he said he couldn't imagine doing it himself. How would you like to see the State of the Industry done next year?

8. Two of the four sketch groups in the sketch showcase had essential bits about Waldo? Neither group really wanted to give in, either. How was that allowed to happen? And why Waldo now in 2009?

9. Reggie Watts is so amazing and gifted as a musician and comedian, that having him host the AMP'd musical comedy showcase was great. But. It also made it that much harder for everyone else in the showcase, particularly the artists in the second half of the lineup, who had to follow Watts. Couldn't we just get a one-man show for Watts?

10. Having the UCB's comedy players in Montreal added a lively spark to the proceedings. Heck, just having Andrew Daly in Montreal added a great jolt to every single thing he was a part of this weekend. Among them, his line-readings as Spencer Pratt in a re-enactment of "The Hills," his performance as everyman stand-up Jerry O'Hearn in the Alternative show, and his gut-busting contributions to the UCB panel discussion. If he is not in the next season of HBO's Eastbound and Down, then Daly needs to be in someone's sitcom so we can watch more of him in 2009 and beyond. Who's with me?

11. Oh, right, there was a Comedy Conference. Did I attend the wrong sessions, or is it just a matter of needing the right moderators at some of these panels to help bring out the vital matters that the comedy community (from industry execs to aspiring performers) need to know and discuss?

12. Was there a bigger contrast between two stand-ups in one show than the Britcom Gala, which leapt from Ross Noble riffing and jumping about for 10 minutes of ad-libbed lunacy, followed by the stationary, straightforward-yet-absurdly-dark one-liners of Jimmy Carr?

13. I can see why the "New Faces" are kept secret from the media and industry until they arrive in Montreal, because the festival wants to ensure that we all "discover" these up-and-comers at the fest and not just rush out to see them in New York, Los Angeles or wherever they live. But why are the stand-ups chosen to be "Masters" also kept secret?

14. The big festival party this year was called "The Russell Peters Afterparty," as the DJ said time and time (and time) again on Friday night. If you're going to do that and want me to like Russell Peters (who played to an arena this year), then you're going to have to play more than 30 seconds of every single song, and also not shut it down so early. Thank goodness we had the French afterafterparty. Did you make it over there? Some people did and got scared off (I won't name names!), but it was a good (if necessarily Francophone) time. The exact opposite of the old "Goldberg Mansion" afterhours in Aspen?

15. I didn't see Doug Stanhope's second annual "Just For Spite" shows he ran in the city amid the festival this year, though just as in 2008, I did see Stanhope make a final-night appearance in the Hyatt lobby. And this time, he greeted me with a kiss on the lips. Does that mean I win a prize?

16. Open Forum time! What else would you like me to talk about and/or reveal from my 2009 Montreal Just For Laughs experience? Please email me or comment right here about specific shows and performers, and I'll do my best to follow up later today or Tuesday with my thoughts! 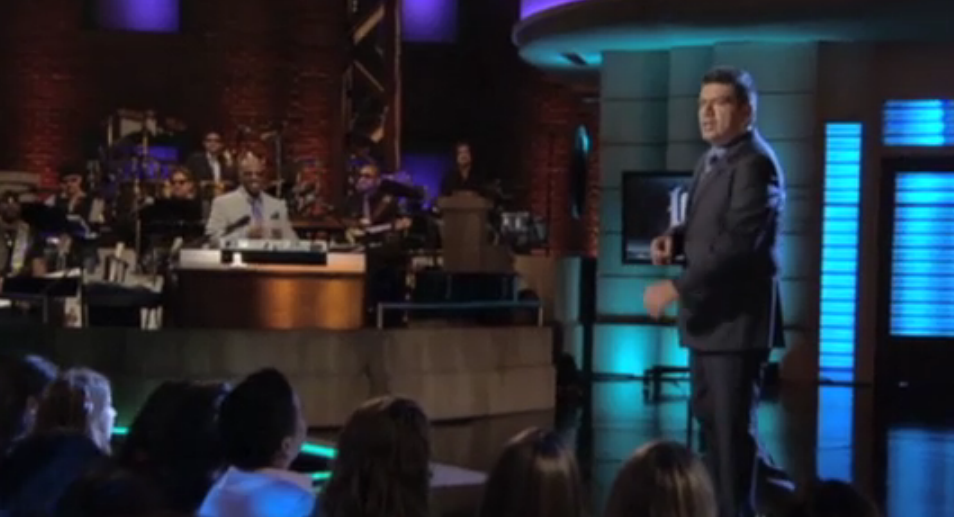 More digs from Jay Leno about NBC late-night reshuffling in his Friday monologue!