So I'm just now reading this essay, or rather, this ode to joke-telling by Chicago Sun-Times film critic Roger Ebert, and before I turn my thumbs in the up or down position, I have to remind myself not to wade into the muck and mire of the comments section and examine only what Ebert wrote. Interesting to learn that before critiquing, the young Ebert aspired to a career in stand-up. Got halfway in before seeing that Ebert is not talking about routines or monologues (as he calls a set), but specifically zeroing in on what he feels are the keys to writing a stand-alone funny joke. He also includes a series of photos profiling stand-ups at a show in Palo Alto, Calif., but never explains why. Just illustration, are they? It would have been nice to include their jokes, too. Anyhow. Digression completed.

2. Never step on the punch word.

3. Use a four-letter word if the joke requires it.

5. Do not elaborate unnecessarily.

8. Be careful about ethnic or religious jokes.

9. If it's a long joke, it may be better funnier if it is told quickly. 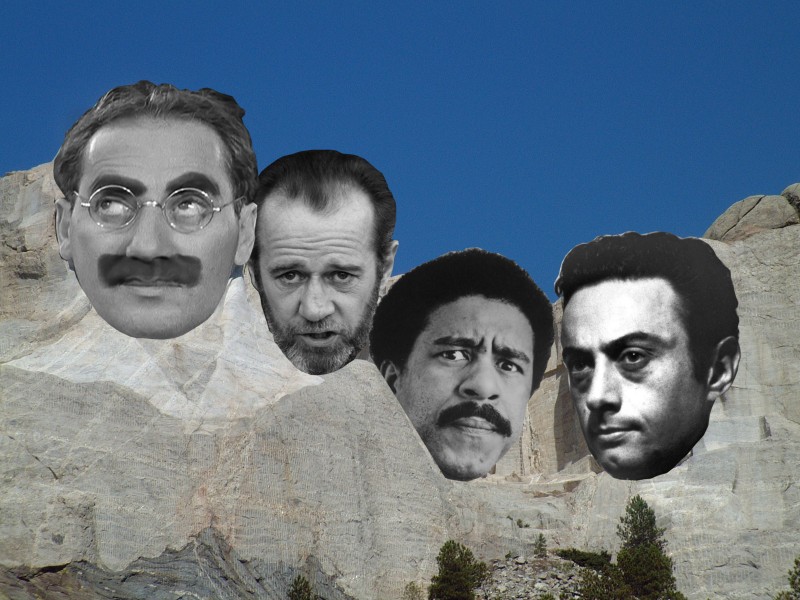 Who would make it onto the Mount Rushmore of Comedy?