Dana Gould’s “Let Me Put My Thoughts In You”

Dana Gould, Let Me Put My Thoughts In You, debuted on Showtime on March 14, 2009 and is available on DVD on Tuesday, March 17.

In case comedy nerds didn't get the message, Bob Odenkirk directed Dana Gould's new stand-up comedy special and filmed it as a throwback to the documentary style comedians often employed a generation ago. It opens and closes backstage in the dressing room of Chicago's Second City Theater. Gould fights with himself over the order of his set list (if only he could have consulted Comedy By The Numbers!) until the emcee (voiced by Odenkirk) introduces our headliner to the stage.

Onstage sporting a nice brown suit with tie and slightly mussed-up hair, Gould goes for a bit of a heck-with-it attitude. He tells the audience that after years working in TV as a writer/producer (most notably, of course, with The Simpsons), he's back working the comedy club circuit, he has noticed that he has no game with the ladies. He quickly notes that that's not an issue for him — in fact, he's married to a woman who just so happens to have become a top-ranking executive for HBO, which actually may help explain why he's debuting his new special on Showtime. Better to prove himself on another premium cable outlet than on the one his wife helps run, to avoid any seeming improprieties. Anyhow. Back to the bit. Gould also mentions early that he and his wife are raising two young daughters. Having just gotten home on Saturday from watching Louis CK live, I couldn't help but begin making instant comparisons (Boston-area heritage? check! In their 40s? check! No game with the ladies? check! Problems interacting with two young daughters? check!). So I turned off my TV and waited a bit to give Gould a fairer shake. After all, the two men may have more than a few things in common, but they approach their lives and their comedy differently. Gould, in his businessman's attire, looks like that guy from the office who always seemed to polite and calm and just went about his affairs, but somehow at the office party got involved in a bonding exercise and decided to let all of his coworkers in on all of the thoughts that have been stewing inside his head, but never uttered, until now.

He lets us know about how he has to deal with dumb questions about his adopted Chinese girls, such as, "Are you going to teach them English?" Or deal with getting applause from nosy bystanders while walking, wanting to know how he and his wife adopted. It's simple, he said: Just look at his family tree of addicts, losers and lunatics. "Maybe I adopted because genetically, my balls are full of poison!" He feels he inherited his rage (and his physique) from his father, and yet tells us he never really learned how to fight properly. His main and seemingly only skill? "I can apply reason to a situation. That's all this job is." Only this is not effective with either his wife or girls aged 4-5.

Gould tackles religion and politics, you know, the two things we're not supposed to argue about in a polite society, and questions our priorities. Why doesn't the TSA put metal detectors on the floor where our shoes already are, rather than have us take them off? Why do we enjoy and laugh at guys with effeminate voices, and why don't we put those guys to work…in hospitals. And why did science decide to fix the elderly male's erectile dysfunction instead of actual diseases. "Maybe Larry King shouldn't have a baby!"  Gould acknowledges: "Which precludes me plugging this special on that show."

Several of his routines (including imagining the lives of astronauts; the theory that a dog told the Son of Sam to kill in 1977; how you cannot be a bum when you could be working in a porn factory; and why he wanted to spite his father when he moved to San Francisco) spin off into absurd tangents worthy of plotlines in The Simpsons. If you can get into that frame of mind, and certainly you must be able to after two decades of the animated sitcom, then you can hop on board with Gould and go along for his satirical ride. 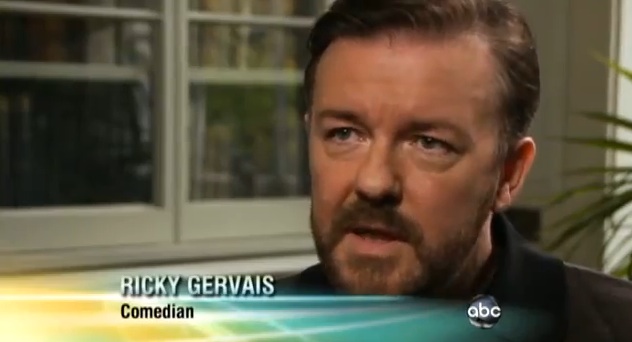 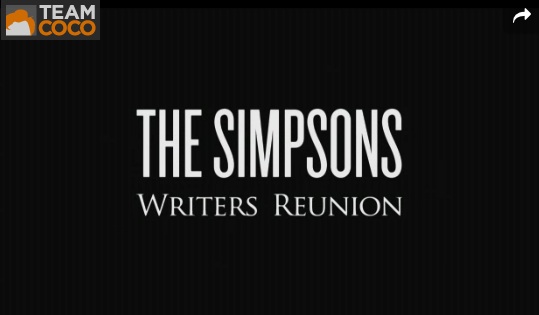 “The Simpsons” writers and Conan O’Brien reminisce in 2013

WGA showdown: And so it begins