NBC unveiled its summer slate of TV programming for 2009 today, and Last Comic Standing is nowhere to be found. Not on the schedule. Not on NBC's home page. Not on NBC's page of upcoming shows. The show page remains stuck in time in August 2008. Normally, we'd already be knee-deep in the nationwide auditions for aspiring stand-up comedians, and this year, we have heard nary a peep from the producers or any of the comedy clubs about auditions. A source at the network told me a month ago that no decision had been made yet, despite an announcement made before season six that there would be a seventh season. So, this is it The NBC message board for the show has been placed in its "vault" for shows no longer airing on NBC, and my source told me this afternoon there are no plans to pick up the show. Do you miss it? Or do you think this showcase for stand-up comedy was mercifully put out of its national misery? Should another network take up the cause for aspiring comedians?

Things you might not see on HBO in March: Notes from Pee-wee Herman’s grand Broadway finale 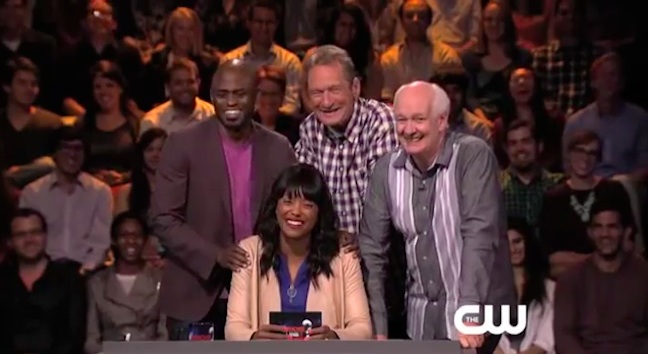 Scenes from a revival: Highlights of the 2013 edition of “Whose Line Is It Anyway” on The CW