For the second consecutive year, Carolines and the New York Comedy Festival will stage a contest to determine the city’s funniest stand-up comedian.

What you need to know? The open call for New York’s Funniest Stand-Up runs from 11 a.m. to 4 p.m. today and Wednesday (Oct. 21-22) at Carolines, 1626 Broadway, New York, NY. You’ll get two minutes to perform cold for the judges. Based on originality, stage presence and material, 30 stand-ups will get picked for the semifinals (Oct. 28-29 at Stand-Up NY) and perform five minutes each for a live audience. Five will advance from each semi, making 10 finalists, performing eight minutes each in the finals Nov. 5 at Carolines for celebrity and industry judges. The winner gets cash, a week at Carolines and a guest slot at one of the festival’s main shows.

What you really need to know? Last year, most of the semifinalists picked did not stand in line for hours in the open call, but instead had prearranged audition times (as is the case for NBC’s Last Comic Standing auditions). Furthermore, if you want to know if you stand a chance of winning, please consider the 2007 results: Wil Sylvince won the title, $2,500 and opening slot for Artie Lange (though he already had a festival gig opening for Damon Wayans). The other finalists were Julian McCullough, Joey Gay, Joe DeRosa, Lee Camp and Marc Theobald. So now you know what you’re up against. But go for it! I tried out last year and made the semis, only to know I’d never make the finals since Sylvince and McCullough were in my bracket. Just wait ’til this year! 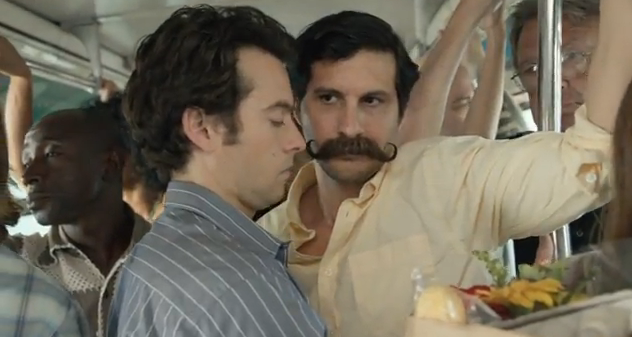 [Sponsored post] Heineken asks: When is a handlebar mustache appropriate?