There’s an old saying that goes, if you can’t stand the heat, then don’t become a firefighter. Likewise, if you don’t like being judged, then please don’t become a stand-up comedian, because you’re judged immediately and continuously by every audience you see in the darkness under the glare of the spotlight. And certainly, obviously, do not enter a comedy competition, because that’s just inviting constructive criticism, and scores, and rankings. If you’ve read all of that, and still want to compete against other stand-up comedians in a truly arbitrary and subjective manner, then go for it! Did I mention you may face a cold 7 p.m. crowd? Or that your microphone may go out at any time, and perhaps several times, during your 8-minute set? Alrighty then! Let’s proceed with the first half of the semifinals in the 2008 Boston Comedy Festival contest!

Semifinal #1, advancing to the Finals at 8 p.m. Saturday at the Cutler Majestic Theatre with the Smothers Brothers and qualifying for a share in $10,000 in prize money…Myq Kaplan and Joe List!

As he did in the prelims, Kaplan proved his stage smarts by opening with callbacks to the other performers, and no one could deny him a chance to move up from 2007, when he was runner-up in this contest. As for List, wow, this guy has become so much more confident in his persona onstage than he was even six months ago when he taped Comedy Central’s Live at Gotham. Even knocking his glasses off didn’t faze him. "That’s jokes 6, 7 and 9. I didn’t anticipate that last one. That was 2-for-1, because it was physical." At another point, he directed his attention to a front table of attractive women: "I don’t care about the contest. I just want to have sex with one of you three." Well, List, you still made it to the finals.

Which means Sean Sullivan just missed out. The judges told me they also particularly liked him. Not that they hated everyone else (although I can tell you that they really didn’t like a couple of the acts — you can decide among yourselves who those fellas might be and lose sleep over it, if you’d like, but if you ate it and/or turned the crowd off, it might be you). Just that Sullivan would have advanced if they had three spots.

The second semi-final gave me an idea…

The 9 p.m. semi was two different shows. The first four contestants all faced intense tech issues, as the microphone cut in and out, and the tech guy had to come up to the stage and help fix things, only sometimes even that fix didn’t work. The second four contestants all worked with a wired microphone. And yet, the first half of the show was much funnier than the second. I think that’s because all of the mishaps got the comedians off of their scripts, and allowed the audience and judges to see not only how they act under pressure, but also whether they’re naturally funny. It made the second half of the show seem lackluster and robotic in comparison.

Both Waite and Norelli had to deal with a nonworking microphone and advanced. Waite’s "Mr. Creepy" act, in the way he delivers it, manages to be more funny than creepy. You cannot help but laugh at him. When Norelli’s mic went out, again, he quipped: "This is how I visualized it. I read ‘The Secret’ before this show."

Judges seemed to be split on the other two comics from the first half of the show: Dan Hirshon and Tom Dustin. Hirshon’s set did not come across as strong as it had in the prelims. Dustin used his mic issue to segue into a good joke comparing it to "what Barack Obama has to overcome," sort of. Everyone else was OK, but some of them seemed to be going through the motions — especially when compared to the earlier acts. That may have been a disadvantage to them. So why not make them all deal with a faulty mic and let them all equally ad-lib and show us what they’re made of in the funny department? Just a thought. Tom Green Live to launch on AXS TV in October 2013 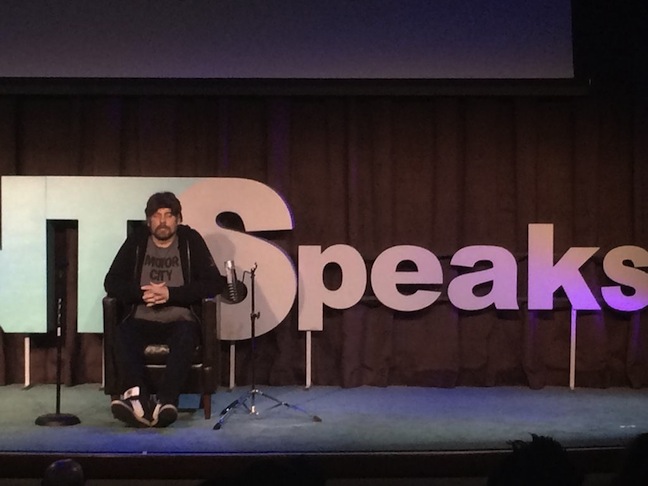 The Amazing Johnathan announces retirement due to failing health 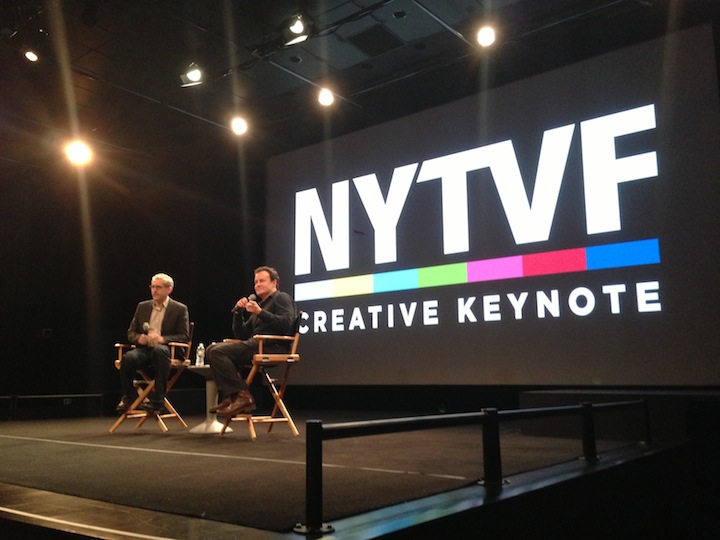