Oh, Super Deluxe. I love how you pay comedians for content. But sometimes, you keep their videos locked away for months and I forget to look for them. Other times, you end up with the most awkwardly appropriate video descriptions, such as Jonah Ray’s "Master The Internet," which says: "Everybody’s doing it! Why not you, also?" Yes. Everybody is doing this. Jonah Ray does it here, with points for achieving the throwback video look, negative bonus points for unnecessary World Trade Center joke.

This video sure reminds me of something. What could it possibly be? Oh. Right. Gabe & Max’s Internet Thing plowed this territory last year, with more than 542,000 viewers on the YouTube since October. A few months later, Tim & Eric did pretty much the same thing with their "The Innernette" sketch on the TV.

Taken individually, each of these videos has its own charms. But three makes a trend, as the mainstream media loves to observe, and this trend reminds me of your basic nostalgia humor trap that stand-up comedians have used over the years for easy laughs. Nostalgia humor traps often include cartoons, commercials and games you remember from childhood. Remember that show? (This is the part where audiences instinctively laugh, even before there is a punchline.) Technology also has fallen prey to nostalgia humor traps as our gadgets get better and make older tech outdated, and therefore inherently funny. The most common one I hear refers to anyone still carrying a pager or beeper. So I’m onto you, Internet videos about the Internet that look like they’re from the 1990s. But if I want to really laugh about how far the Internet has come since then, I’ll just watch a real-life video about the Internet in 1995. Like this one. 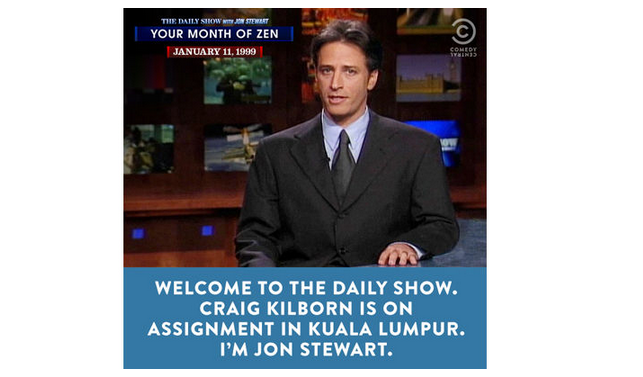