The folks at Defamer used this photo of Sarah Silverman to promote her gig over the weekend in Los Angeles. Just when I thought it was safe to cancel my subscription to Rolling Stone. More importantly, though, the photo of Silverman reminded me of a note NYC comedian Heather Fink sent out to her friends via Facebook, MySpace and her email list. Fink told me after sending it that she received both complimentary and odd replies from people. Well, perhaps you should read the note yourselves…

Exceptions: You are one of my good friends, and you are a smart comedian who I completely trust, and the joke you are making is worth it – or – I wrote it.

As for taking enough money- why would anyone pay me lots of money to be their hot babe? Get a model. That’s their job.

It’s not acceptable for you to ask me to be eye candy or an accessory in your comedy bit. I am a f***ing writer and a motherf***ing comedian, and you’re disrespecting my goddamn credibility. Write me some real lines and then we will talk.

So for those of you looking for a bikini babe in your comedy video, ask Sarah Silverman first? On second thought, perhaps this is as good a time as any — not including whenever Vanity Fair (2007 edition; 2008 edition) or anyone else questions the credibility or female stand-up comedians — to wonder why we invariably have different standards for judging male and female comics. The more recent VF piece certainly suggested that today’s funny ladies also need to be attractive.

Why does it matter what a comedian looks like for one gender and not the other? And why does it seem acceptable for female comics to show skin or play up their looks, but when a male comic does it, it’s considered a crutch he uses compensate for a lack of material? And yet, getting back to Fink’s request, so many male comedians produce online videos featuring scantily-clad women, all in a shameless and desperate ploy for viewers. They usually get those increased views, but what does it say about their comedy? 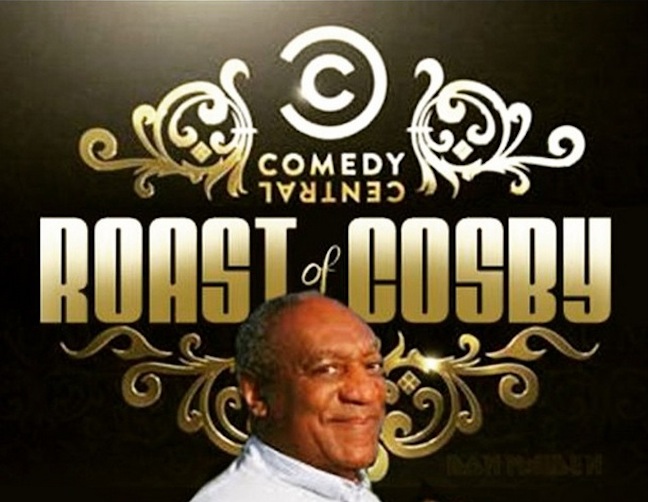