Today is the final day for open voting for the ECNY Awards, which used to stand for Emerging Comics of New York, but now just is ECNY to honor other kinds of comedians, sort of how KFC decided it was much more than merely Kentucky Fried. The awards ceremony is Jan. 28 at Comix. And the show promises to be a hoot. Jon Friedman hosts. Look for live performances and pre-taped magic, and for a sneak peek, I caught up with ECNY’s producers as they got some of the nominees on camera. So I got them getting them on camera. Here’s a fun snippet with The Apple Sisters…

Who will be getting your votes? Perhaps more importantly, who’ll get my votes? I’m on the "Industry Committee," which means not only do I get until Jan. 20 to place my votes, but also that the Industry Committee’s votes count for half of the total — perhaps they got that concept from Dancing With The Stars, in which the judges get 50% of the say, the audience the other 50% through call-in votes. Since I still have some time before I fill out my ballot, perhaps you can help make the case for your favorites or get me to take a second look at someone I may have overlooked.

As it stands, my thoughts are…

Best Director: Though I know of a few of the nominees, I’m not as familiar with some of the works they’ve been nominated for.
Best Host: This one is a toss-up. Eugene Mirman and Michael Showalter certainly are the biggest names in this category. Jackie and Julie, as well as Margot and Giulia, bring lots of personality and energy. Jon Friedman is very likeable. And Seth Herzog performs more than most hosts I know.
Best Improv Group: I’m leaning I Eat Pandas on this one. Dare to convince me otherwise?
Best One Person Show: Wow. All five of the nominees here are stand-out performers…Ann Carr, Eliza Skinner, Livia Scott, Mike Dobbins and Nick Kroll…if I were to vote today, though, and since I can only pick one, based on what I’ve seen, I’d have to pick Eliza Skinner based on the performance of Shameless I saw last fall.
Best Short Comedic Film: On first glance, my memory recalled that Gabe & Max’s Internet Thing really was the funniest thing I’d seen last year. Then I watched all of the nominees again today. All quite funny. Some giant laughs out of Little Michael Jackson and Dave Hill. Low-budget and low-key helps Jackie & Julie. Minesweeper? Minesweeper! And Olde English certainly provided their civic duty. All of the videos, in full, after the jump.
Best Technician: I’m a writer. Not a technician. Next.
Best Variety Show: An easy decision in my book for the Greg Johnson and Larry Murphy Show. This is the most consistently funny and daring comedy show in New York City. Surprise big-name national headliners drop in every Friday night. There’s so much comedy there’s an intermission. And no two-item minimum.
Best Sketch Comedy Group: I’ve gotten the most laughs out of Derrick, but maybe I merely need to see the others perform more often?
Best Musical Comedy Act (solo or group): The Apple Sisters get into character, and as seen above, know how to talk smack about the other nominees in this group, including Adira Amram, Cracked Out and God’s Pottery. Reggie Watts, though, has immense talent. Too much to overlook.
Best Female Standup Comedian: From what I’ve seen since moving to New York last summer, it’d have to be Kristen Schaal.
Best Male Standup Comedian: All very funny. But John Mulaney has so much innately funny going on at such a young age that you want to hate him for it, only you’re too busy laughing at what he’s saying. He has more than emerged in 2007.
Outstanding Achievement in Flyer or Postcard Design: Aesthetically pleasing work, especially nice and frame-worthy work from Scott Gursky, but the photo from Anya Garrett and design by Tim Owens really wants to make you go see Stripped Stories, which happens again tonight at Comix, by the way.
Emerging Comic Award: Have to acknowledge I’ve yet to see Drop Six yet, and of the others, I’ve liked what I’ve seen so far. Emerging comic, though? Depends upon how you want to define that, really. Heather Fink has done some creative stuff in the vein that sometimes makes you think of Demetri Martin. John F. O’Donnell and Katina Corrao make you smile even when you don’t want to. Livia Scott has done some more daring work, and for that, would seem to get my vote in a toss-up.
Best Web Site, News or Commentary: I think they’re missing someone here. Is it too late for a write-in campaign?
Best Web Site, Original Comedic Content: I read Best Week Ever more often than any of the other nominees. Although The Onion News Network probably satisfies the original comedic content better. Maybe I should be checking Adam Wade’s blog and videos? You tell me.

Here are the five comedy videos up for ECNYs… 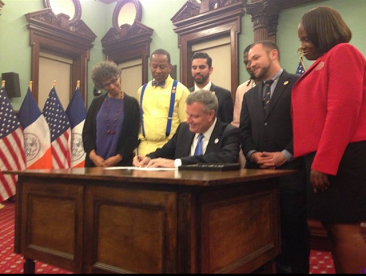