Comedy Central is promoting its new season of half-hour Comedy Central Presents specials by asking its participating comedians with whom they are feuding. Here, Michael Showalter playfully takes on Human Giant for not recognizing The State as their greatest comedic influence.

In jest, perhaps. But Showalter sure doesn’t take all comparisons of comedy troupes quite as lightly. Back in July, Showalter hosted the first anniversary party for Union Hall in Park Slope, Brooklyn, with a bill that included Eugene Mirman, Todd Barry, Janeane Garofalo and David Cross. Things were fun and dandy until Garofalo got sidetracked during her set (surprised?) and started talking about how she’d watched the movie Beerfest the night before and was laughing out loud (for real, an actual instance of LOL). "I didn’t understand the Broken Lizard thing until Beerfest," Garofalo said. She then wondered if that’s perhaps that’s why Stella didn’t succeed on Comedy Central. Perhaps you need to know the guys to laugh at their jokes. That was her premise. She moved on to Tony Snow’s cancer, her best friend, her sleeping and TV viewing habits, touring with Henry Rollins, and other matters.

When Showalter returned to the stage, he called Garofalo out on comparing Stella to Broken Lizard. Garofalo reminded him that Wet Hot American Summer (very much a State/Stella production that also featured Garofalo) and Super Troopers (the first Broken Lizard comedy film) debuted together at Sundance. That didn’t make Showalter feel any better about it. "I’m not angry. I’m hungry," Showalter said. Then he added: "To me, comparing Stella to Broken Lizard is like comparing The Police to White Tiger. But that’s just me. So fuck Broken Lizard’s butt." Garofalo insisted that perhaps Showalter wasn’t giving them enough of a chance, saying that their comedy may be funnier for audiences who already know and understand what they’re about.

David Cross, who went up afterward, began with an aside to Garofalo: "That went swimmingly. That could not have gone smoother." Laughs. "Well, that’s what can happen from wearing your honest pants." Cross then proceeded with his set, deciding not to weigh in further on this particular feud.

Photographs from earlier that day/night after the jump… A massive line for this show back in July, wrapping around the block, with hundreds not getting in. Somewhere back there, Todd Barry wants your attention, Park Slopers.

Jay Leno tells Oprah he’s not worried about ratings. Should he be? 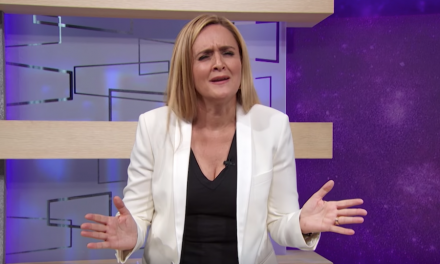